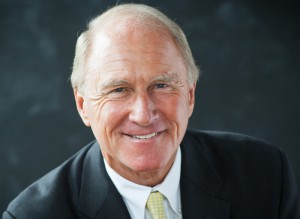 Marc S. Byrnes is Chairman of Oswald Companies.  Under Marc’s leadership, the 125-year employee-owned (ESOP) company has enjoyed significant growth and has strengthened its position among the top 50 largest insurance brokers in the United States.  The firm is also ranked among the elite top 10 privately held brokers in the country specializing in employee benefits and financial services which was founded by Marc when his agency merged with Oswald in 1987.

A fixture in the Northeast Ohio civic community, Marc serves as Chairman of the Board of Directors of United Way of Greater Cleveland and he was named United Way Volunteer of the Year in 2011.  He is an active member on the following Boards: Rock and Roll Hall of Fame and University School.  He received University School’s Distinguished Alumni of the Year Award in 2012.

In addition, Marc serves as a Board Advisor to:  Nirvana Analytics, Proformex, Tailwind Technologies, Inc., Taylor Oswald Company, and US Bank.

Marc served on the bond issue committees for the Cleveland Metropolitan School District and the Metroparks.  He acted as transition Co-Chair for County Executive, Armond Budish, and he is a member of the County’s Economic Commission Council.  Marc serves as Chairman Emeritus of the Cleveland Leadership Center, the preeminent organization for building and engaging civic leadership and he was President (2012-2013) of the 50 Club of Cleveland, the city’s largest leading business society.

Historically, Inside Business has selected Marc among the Power 100 most influential leaders in Northeast Ohio; and in 2016, Marc had the prestigious honor of being inducted into the Business Hall of Fame.

Marc is a 1972 graduate of University School and earned his B.A. from Williams College in 1976.