Watch the video about Mr. Paul J. Everson and Dr. James R. Webb or read their bios below.

Learn more about the posthumous gift that Mr. Everson provided the Center in 2017 here. 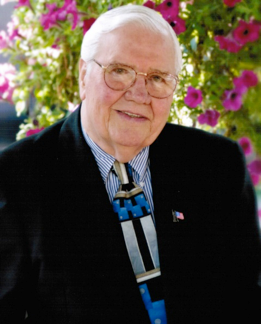 For more than 40 years, the name Paul J. Everson has been synonymous with real estate in Northeast Ohio. The retired president of Paul J. Everson & Associates worked diligently to advance the business of real estate as a broker, agent, developer and educator. Mr. Everson served as president of United Multiple Listing Services Inc., the Cleveland Area Board of Realtors (CABOR), the Ohio Association of Realtors (OAR), the Northeast Ohio Apartment Association, the Euclid Development Corporation and the Ohio Real Estate Commission. Mr. Everson was a director and trustee of the Real Estate Political Education Committee, the National Association of Realtors (NAR) and the Ohio Real Estate Commission. In recognition for his high achievements in leadership and service roles in the industry, Mr. Everson received “Realtor of the Year Award” from CABOR and “Distinguished Service Award” from NAR. For his sustained contributions in the real estate profession, Mr. Everson was awarded an honorary degree of Doctor of Business Administration from Cleveland State University in the year 2008.

Mr. Everson passed away on Saturday, November 5th, 2016. The College and Cleveland State are honored by his generosity, dedication to education and founding of the Center. In 2017, he left an additional, posthumous gift to the Center (learn more here). His gifts are lasting legacy that have benefitted and will benefit students and the Northeast Ohio community for years to come. 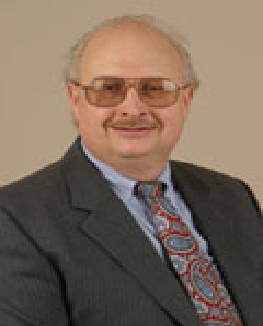 Dr. James R. Webb, who passed away in 2009, was a well-known researcher and highly regarded instructor in the field of real estate. He joined Cleveland State University as a professor in 1989 and served as Chair of the Department of Finance from 1989-1991. In addition to teaching and research, Dr. Webb loved mentoring students, faculty and aspiring real estate professionals. He co-authored numerous journal articles with doctoral students and real estate colleagues from around the world.

Establishing the Real Estate Center in 1991 was among Dr. Webb’s many significant contributions to the real estate education and research at Cleveland State University. Mr. Paul Everson, encouraged by Dr. Webb’s efforts for advancement of real estate education and profession in the Greater Cleveland area, established the Paul J. Everson Scholarship Fund in 1992. Their continued association and respect for each other led Mr. Paul Everson to pledge a sizable gift in 2008 for the creation of the Paul J. Everson Center for the Study of Real Estate Brokerage/Agency and Markets.

Dr. Webb was a co-founder of the American Real Estate Society (ARES), a well respected real estate research organization with many chapters around the world. Dr. Webb’s valuable contributions to the real estate profession rightfully earned him the coveted title of the “National Distinguished Fellow” of the National Association of Industrial and Office Properties (NAIOP), a distinguishing feather in his cap among the numerous other awards he received at both the national and international levels. 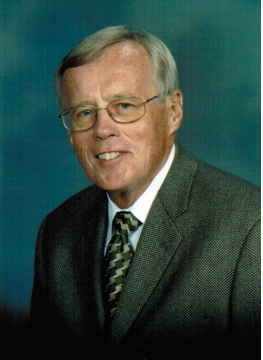 Dr. Smith was a recipient of ASAE’s Key Award, the highest recognition given by the society, and was Chairperson of ASAE’s Research and Development Foundation. In 2006, he was inducted into Real Estate Buyer’s Agent Council’s (REBAC) Hall of Fame. His educational accomplishments include MBA and DBA degrees.