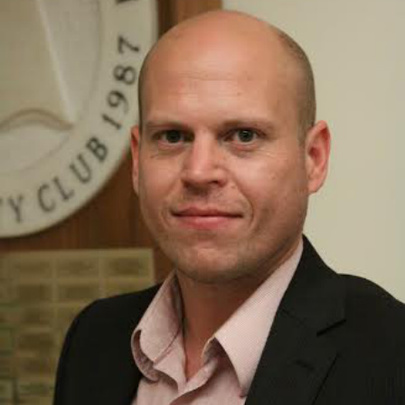 Richey Piiparinen is a Senior Research Associate at the Maxine Goodman Levin College of Urban Affairs at Cleveland State University and Director of the Center for Population Dynamics. He focuses on migration, demography, culture, and economic and community development.

Richey is a co-editor of the book Rust Belt Chic: A Cleveland Anthology, Contributing Editor at New Geography and a blogger at the Huffington Post. His essays on cities have appeared in the Atlantic's City Lab, Huffington Post, the Daily Beast, Cleveland Magazine and the Cleveland Plain Dealer. His research has been highlighted in various outlets, including CBS Evening News, NPR's Morning Edition, the New Yorker, the New York Times, the Los Angeles Times, The Wall Street Journal, Sports Illustrated and ESPN the Magazine.

He was a member of Crain's Cleveland 40 Under 40 in 2015 and was one of Cleveland Magazine's Most Interesting People in 2014. Currently, Richey is writing a book on the psychosocial influences of policy making in Rust Belt cities, with a focus on Cleveland.

Richey hold's a Masters of Arts in Clinical Psychology from Roosevelt University in Chicago and a Master's of Urban Planning, Design, and Development from Cleveland State University.