The Executive MBA class of 2019 traveled from Cleveland to Munich and Prague for their International Study Tour – which is part of the all-inclusive tuition for the program. Led by Dr. Heidi Meier, Chair of the Department of Accounting who also teaches in the program, the cohort was able to visit with businesses in a number of different industries. The group also toured important historical sites and experienced cultural differences first-hand at a number of the locations they visited.

After arriving in Munich on April 19th, students were treated to lunch and a brewery tour at the Augustiner Keller with Tilman Krueger from the U.S. Consulate. The meeting was insightful and provided the students with a view of how White House policy changes are impacting embassies, consulates and influence. 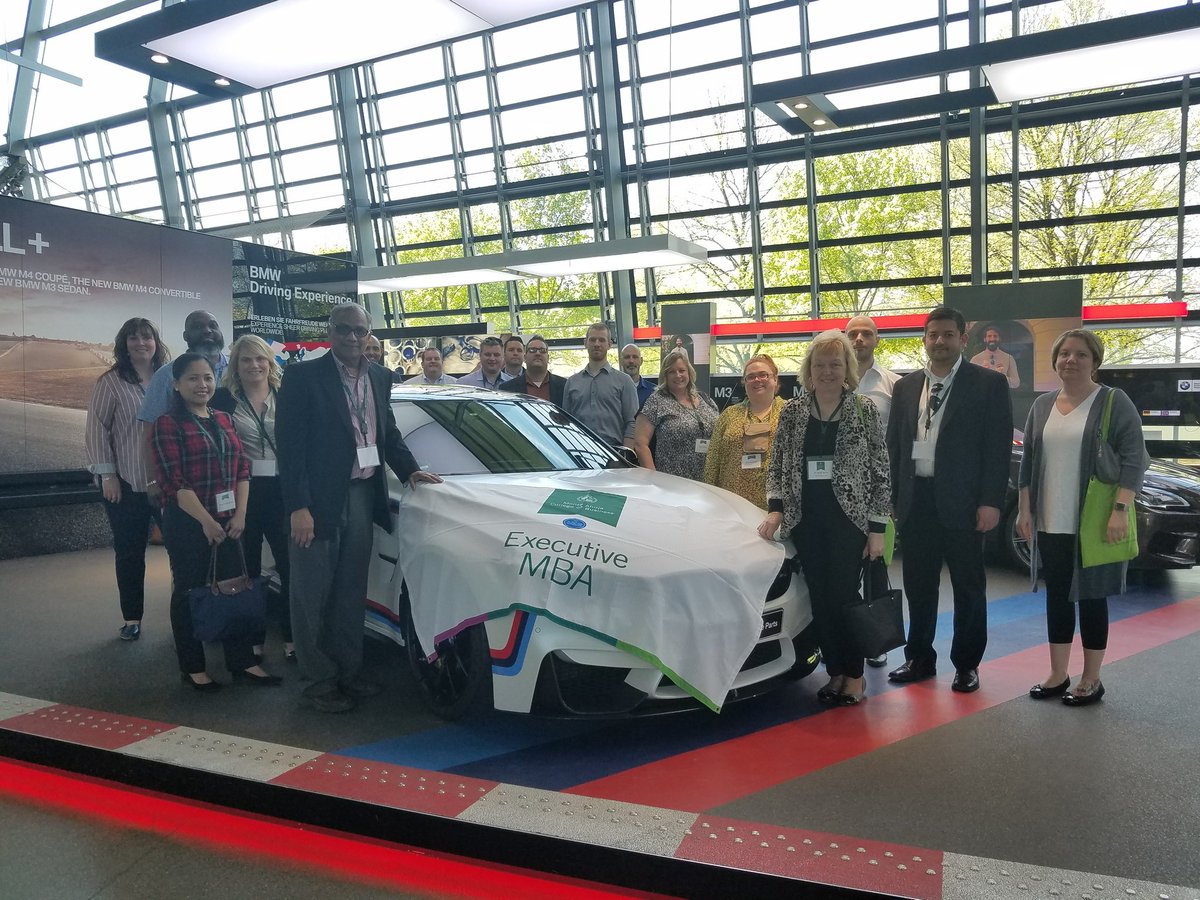 On April 20th, students were transported to BMW headquarters and the main manufacturing plant where they received a tour of the public showroom, retail store, manufacturing plan and were treated to lunch with Bill McAndrews, Vice President of Communication Strategy. In the afternoon, the cohort traveled to Garching, Germany to tour the GE Additive facility where they met with Dr. Christian Rensch, Customer Relationship Manager.

While in Munich, students were treated to a bus tour, dinner at the Hofbrau Haus, enjoyed Fruehingsfest (Spring Fest), the second beer festival in Bavaria held on the traditional Octoberfest grounds and a walking tour of the Munich.

Before traveling to Prague, the cohort stopped in Pilsen, CZ to visit the Purkmistr brewery and restaurant where management provided a tour of the brewery and traditional Czech dinner.

In Prague, students met with Michal Chour at the Radisson Blu Alcron Hotel, one of the few independent hotels during the German occupation of Czechoslovakia in World War II. There, students learned the history of the hotel and how they adapted to changing ownership, political pressures and the growing and challenging Prague market. The partnership with Raddison is under review, so Mr. Chour provided the students with a preview of future plans. After Mr. Chour's presentation, the cohort were treated to lunch.

After their visit to the Alcron, students were divided into teams and challenged with a Culture Immersion Exercise to solve problems related to relocating to Prague and presented their findings to the office of International Study Programs.

The cohort then traveled to the suburb of Pricany to tour and visit the Czechoslovakia's oldest and enduring engineering castings manufacturer, Benes a Lat. Josef Lat, Commercial Director provided a presentation and tour of their facilities including the plant. 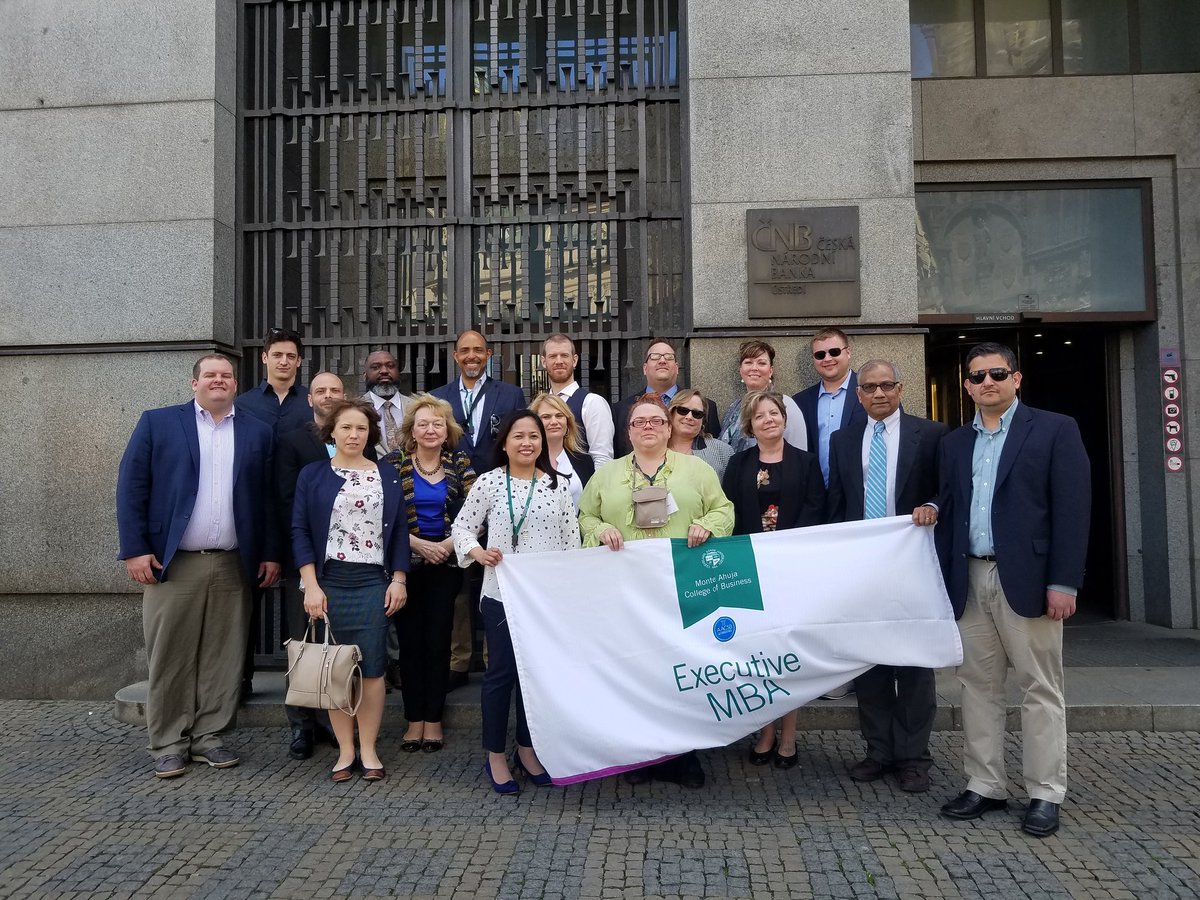 After Benes a Lat, the cohort visited Microsoft for a presentation and tour provided by several executives and the Czech National Bank where Marin Vojta, Investor provided information on the Euro, "opt out" clauses in terms of currency, how currency is managed across different countries in Europe with an emphasis on Czechoslovakia and more.

While in Prague, students received a walking tour of the city, visited Prague Castle, Lennon's Wall, the Strahov Library, Museum of Medieval Torture, other museums and the Palladium, a popular indoor mall with over 170 shops and 30 restaurants. Students were treated to a farewell dinner at the Bastion Restaurant, overlooking the city.

You can explore Executive MBA student Erin McKibbin's blog for an in-depth overview of the entire experience here. 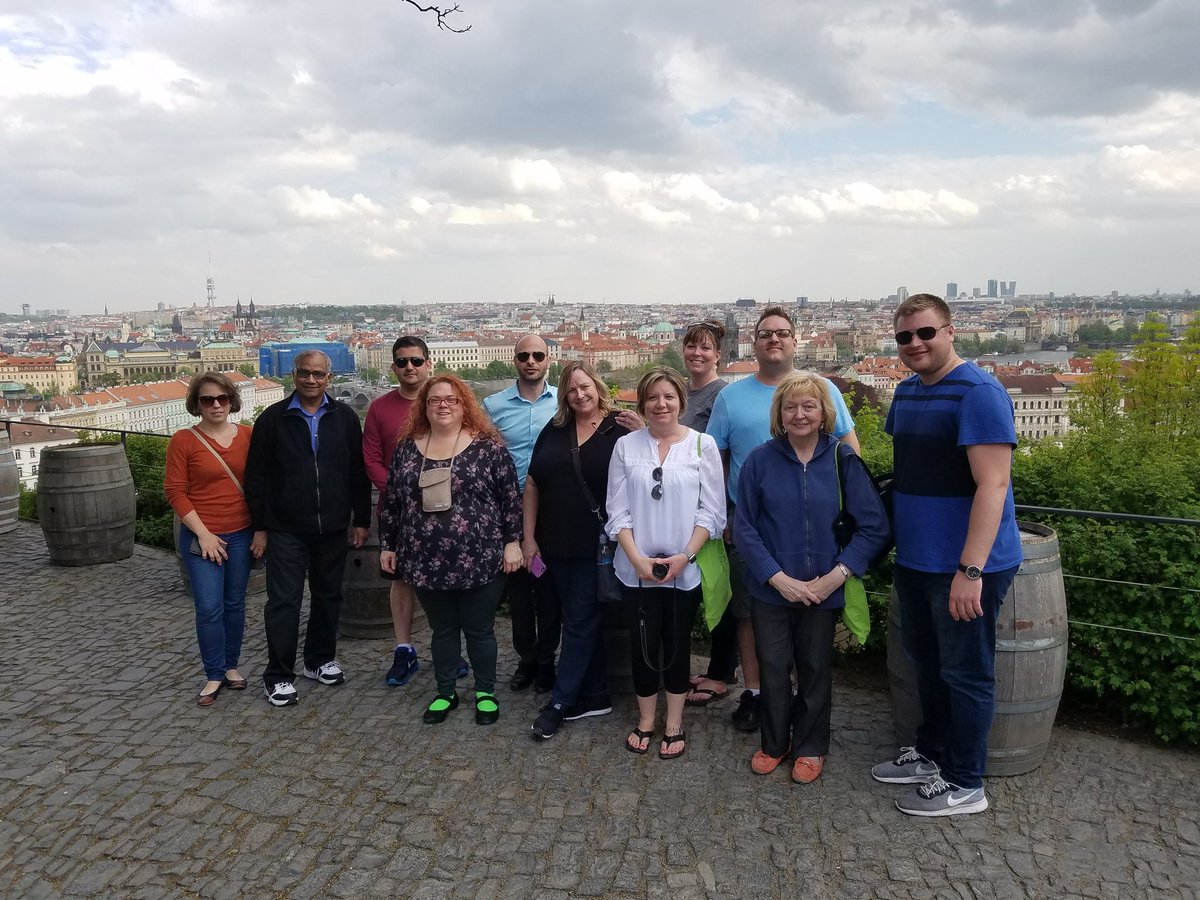